Mould is the common description used for visible fungal growth. Fungal growth may result in elevated levels of airborne contaminants in the indoor environment and is a potential health hazard.

People with increased susceptibility to health effects from mould exposure include young children, people with compromised immune systems, smokers, people recovering from surgery and people with chronic inflammatory diseases of the lung such as asthma, hypersensitivity pneumonitis and severe allergies. 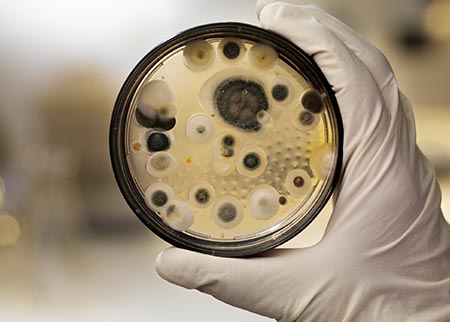 Analysis of microbiological samples must be carried out by competent laboratories 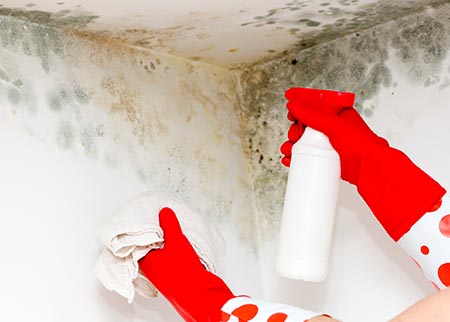 Treatment of indoor mould growth needs to be specifically targeted

Does your property have visible mould or an unpleasant odour?

Do people within the property have health complaints that may be mould related?

Envirohealth Consulting has personnel who can help you with any mould related problems. Personnel are trained to assess the property and develop a thorough understanding of the site and determine an appropriate course of action including the design of appropriate testing and remediation methods.

When indoor air presents a mixture of fungal species that is fundamentally different from the outdoor air there is likely to be an interior source of fungi. Exposure to airborne fungi in the outdoor environment poses little risk to human health; however, the different mixture of airborne fungi inside buildings and dwellings has the potential to create adverse health effects. Fungi are microscopic in size with an estimated 1.5 million total species with varying species impacting on both human health and building infrastructure in different ways. Some toxic moulds produce mycotoxins that can pose serious health risks to building occupants. Identification of mould species is critical in assessing health effects related to mould and determining the connection between exposure and symptoms. Mould cannot simply be neutralised with toxic chemicals, bleach or paints. The surface layer may be killed; however, lower layers of mould, mould in areas not treated and spores that are still present after treatment can continue to grow and multiply. A thorough understanding of mould related problems and appropriate remediation methods is required to ensure mould is at safe levels for occupants.

Envirohealth Consulting personnel can conduct initial sampling of surfaces and indoor air to assess the amount of mould and determine which species are predominant. All sampling is conducted according to applicable Australian Standards with analysis conducted by National Association of Testing Authorities (NATA) certified laboratories. The initial sampling results are then risk assessed to determine an appropriate course of action.

If significant health risks are confirmed our personnel can conduct the following actions as required:

Get In Touch With Us

To request more info or ask a specific question, please contact us and we will get back to you as soon as possible.

We are a private consulting company providing specialist asbestos and occupational hygiene technical and consulting services.